The first cargo to be exported from Darlington was coal. It was transported to the staiths at Port Darlington and transferred to the steamship ‘Sunniside’. As trade increased, Middlesbrough became known as an important port.

By the early 1830s, Middlesbrough had become a thriving business town, due to the improvements in the river, and the extension of the Stockton & Darlington Railway to the to the town.

In the decade following the opening of the coal staiths Middlesbrough expanded significantly as the town’s population increased, houses were built and new industries developed. In 1833, the first ship to be built and launched from a Middlesbrough yard, was launched from Laing’s shipyard (owned by the Laing family) situated on Commercial Street. The vessel, a wooden brig named ‘the Middlesbro’ was part of the trading routes between the Tees and Thames. Other industries that emerged in the first decade included the Middlesbrough Pottery dating from 1834.

The Sunniside was a steam brig, a two sailing ship with auxiliary steam power. The advantage was supposed to be that the ship could sail up-wind when it was convenient and additionally it could use the steam power to move relative to the wind to obtain a more advantageous sailing angle.

Middlesbrough was home to Linthorpe Art Pottery. Established in 1879 by entrepreneur John Harrison and the celebrated designer Christopher Dresser, it was one of the most innovative and interesting potteries of the Victorian era. 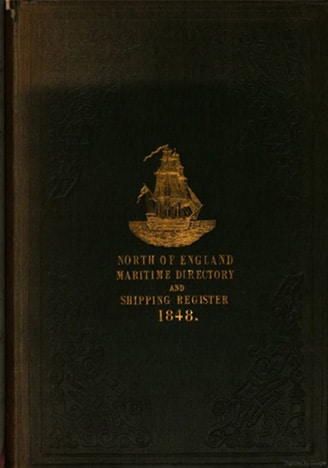 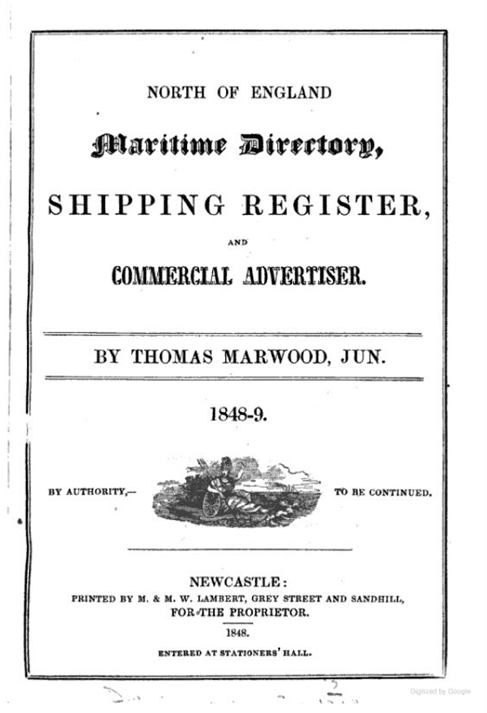 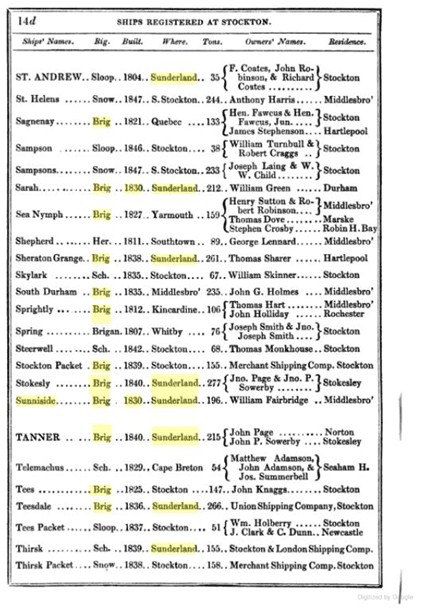 Above: Shipping register showing the listing for the Sunniside – the first vessel to load cargo at Port Darlington (Source: Maritime Directory 1848)

Return to the timeline