Keep up to date with the latest news, press releases and events from Port of Middlesbrough.
Contact us 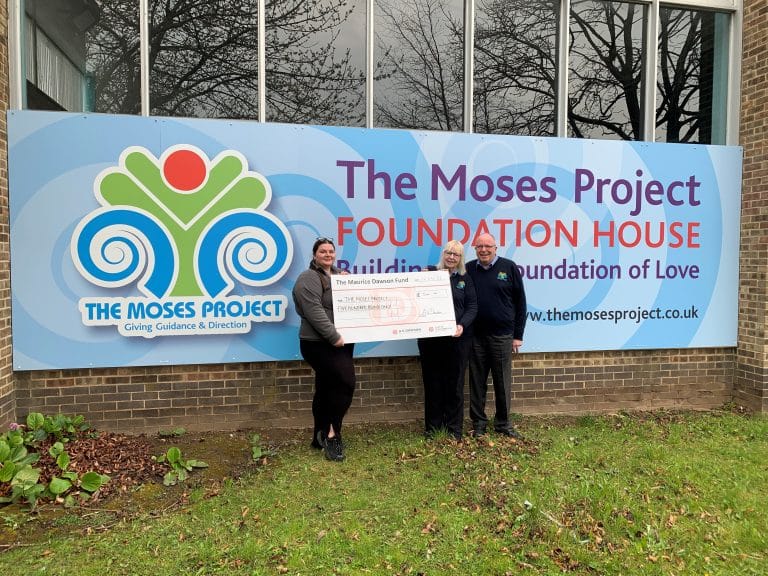 AV Dawson, owner and operator of Port of Middlesbrough, has established a new internal charitable fund.

The ‘Maurice Dawson Fund’ has been set up in memory of managing director Gary Dawson’s late father to mark his commitment to Teesside and further cement his legacy.

The fund worth up to £1,000 every quarter, is designed to support community groups, charities, and worthy causes close to colleagues’ hearts. Colleagues across the business can nominate charities that they would like to be considered for the fund.

To access the fund colleagues need to submit a nomination form highlighting their chosen cause and why the nominated group or charity would be a worthy recipient of the funds. This is then reviewed by a panel of five members from across the business including a Director and HR representative.

“Maurice was a well-respected member of the Teesside business community and believed in investing in his employees and supporting the local area. He was also fundamental in shaping and establishing the company’s values and it was this passion for the local community and support for his colleagues that put ‘family’ central to these values. He was described by many as a father figure and mentor and it was this generous nature and support for his local community that made his name the logical choice for the fund.”

A second round of the fund has since been awarded to three more successful applicants, including The Moses Project in Stockton, a charity that offers guidance, mentoring and support to adult males with drug and alcohol addictions.

“The main aim of the Moses Project is to change the lives of men who suffer from drug and alcohol addiction. We offer the men who come into our care a second chance in life – this can be anything from taking them out on day trips, to experiencing normal everyday things, to offering them a hot meal that they wouldn’t otherwise get. We have many success stories which showcase the fantastic work we are doing.”

The application was submitted by AV Dawson’s procurement apprentice, Kiera Wilkinson and the funding will go towards food provisions and taking the men out on trips, something they wouldn’t otherwise be able to do.

So far, a total of five local community groups and charities have benefited from the fund including Zoe’s Place, The Unicorn Centre based in Hemlington, Marton under 9’s Football Club, Boundary 500 Motorcycle Club and The Moses Project.

“We are incredibly grateful for the generous donation made by the Maurice Dawson Fund. The funds will go a long way to helping those families who desperately need respite support and end-of-life care for their child.  On behalf of every single child and family at Zoe’s Place, thank you!”